During preliminary field research in 2008 a well preserved Mesolithic site was found in the line of the provincial road N307 between Lelystad en Zwolle in the middle of the Netherlands (fig. 1). In situ conservation of the archaeological site by adjusting the draft of the road was impossible. Therefore a five month excavation was carried out in the summer of 2010. 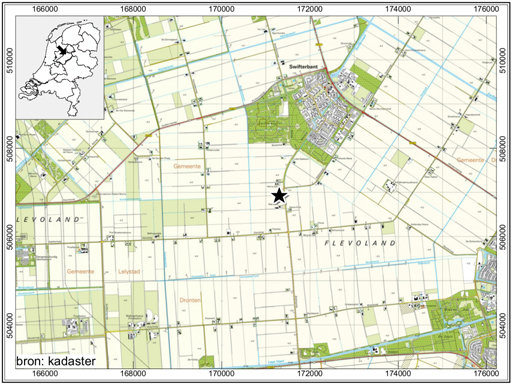 The site was situated on a depth of 2.5 up to 4.5 meter below surface level and even approximately 1.5 to 3.5 meters below the groundwater level. For the preparation of the excavation first a sheet pile wall was installed, followed by injecting a water damming layer under the archaeological level and reducing the water level down an extra 6 meter to 9 meters below sea level. After digging off 24,000 cubic meter of ground a sand dune exposed on which the excavation could start. 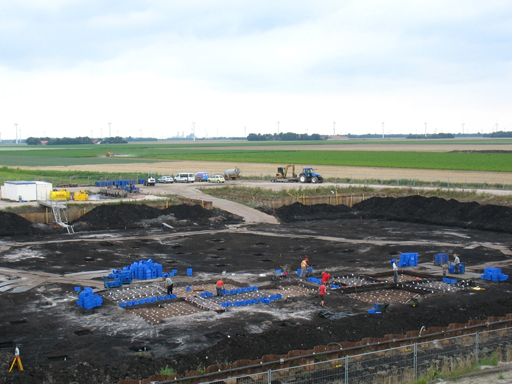 Figure 2: The excavation in progress. The excavated area is 6800 m2. Picture Vestigia BV ©

The site was first investigated with small test pits to define the exact distribution of the flint scatters. After this phase 11 concentrations with the most pieces of flint and the largest variation of tool types and arrow points were selected for further research. In partitions of 50×50 cm and in layers of 5 cm the flint concentrations were dug up and the soil including artefacts was collected in small containers. This soil was sifted with water over sieves with a mesh of 2 mm. This way it was possible to document both the horizontal and vertical spreading of the artefacts. After excavating the artefact layer large areas were opened for documenting the many hearth pits. 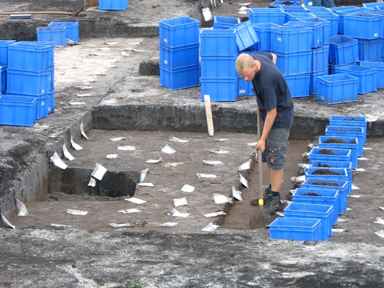 At an area of 6800 square meters 700 hearth pits, 100.000 flint artefacts, nearly 1.000 pieces of stone and 98 kilos of charcoal with an age between 8800 and 4800 BC were found. One of the results which drew the most attention was the grave of a woman who lived in the region between 5500 and 4800 BC. She got the name ‘Michelle’, named after her discoverer. Analyzing the botanical information a reconstruction of the dune and its drowning by the increasing water level over 3000 years could be made. The archaeologists presented this outcome in four frames. 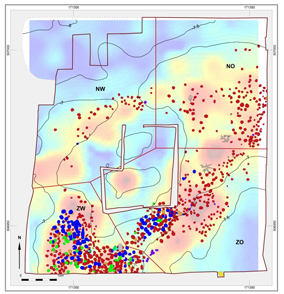 Figure 4: 700 hearth pits scattered on the highest levels of the dune. The underlying colours are the distribution of the 100.000 flint artefacts. Picture ADC/Archol © 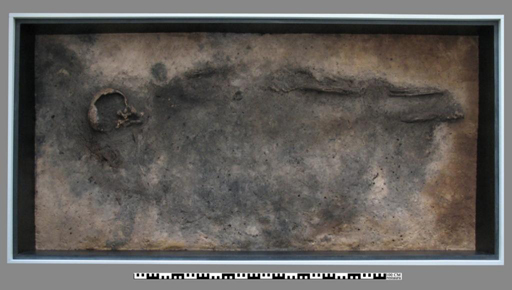 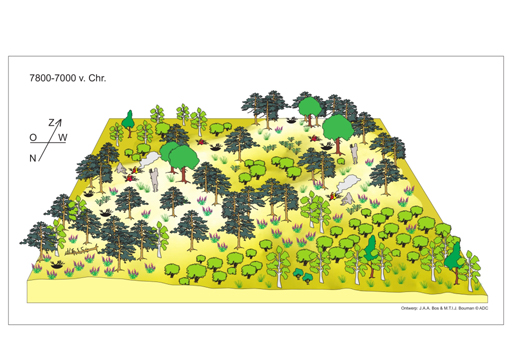 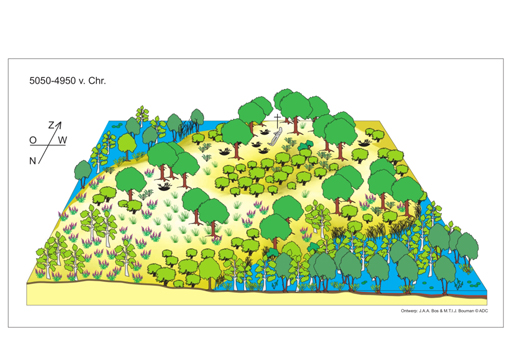