The Project will keep an up-to-date diary of all aspects of the fieldwork, charting the various methodologies and results from each of the twenty-eight buildings. In addition to the dendrochronology, each house will be fully surveyed and tied into the National Grid. Andy Beardsley from Terra Measurement will undertake a 2D/3D analysis of each building. It is hoped we can upload this and his ‘fly-through’ onto the web (digital space permitting).

For those still locked into the ‘written page’, the project directors – Alastair and George will be writing and publishing two books which will tell the story of the project; from inception to the final results.

As part of the project, the village team have been experimenting with traditional building materials. Over the 200 years many buildings within the village have undergone great change, both internally and externally. Although the project is focused on timber, several members of the team have been involved in recording original fixtures and fittings within the various houses, if and when renovation projects come up. One such project in 2013 revealed the following features (see the three images below). As part of an experiment, the owners of the house in which the fireplace stood, used tradition brick and bonding methods in order to restore the fireplace to its original form. In addition, rather than using a modern cement render, the owners used a lime-mortar bond. This render was mixed to its original 18th century recipe and…..after 1 year, it works!

What lurks behind a fireplace constructed during the 1960s? 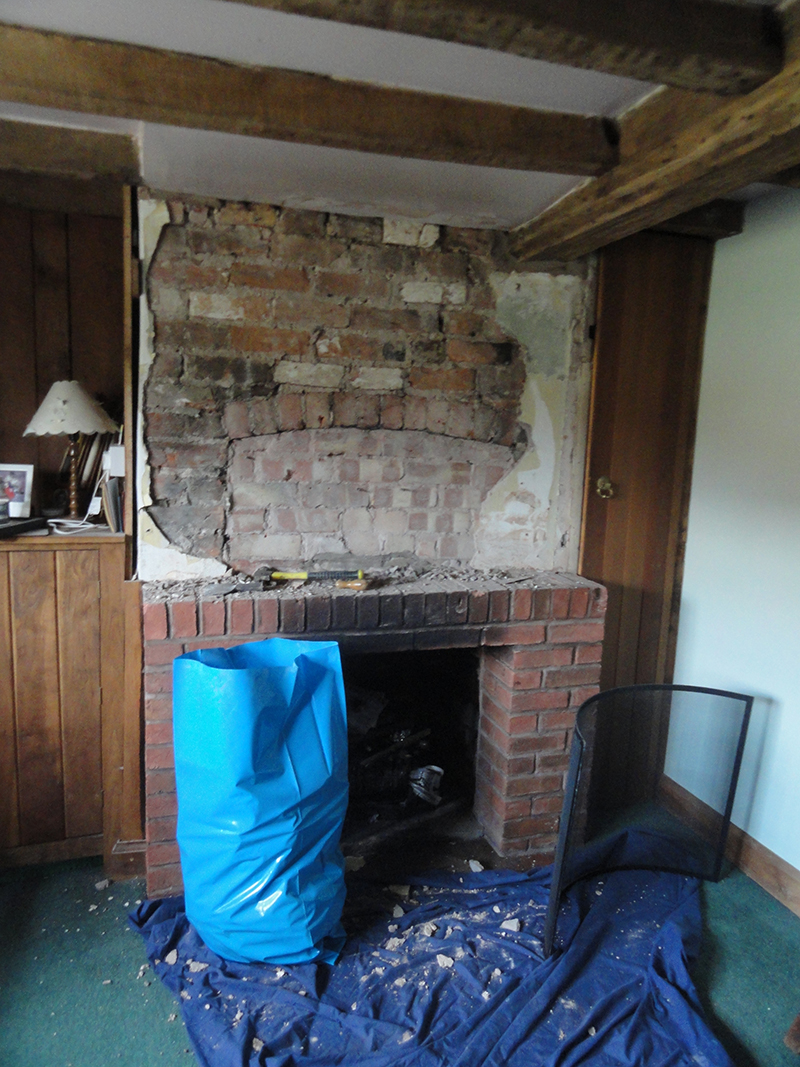 Answer: The remains of a 18th century fireplace with an intact ‘Shropshire Arch’ 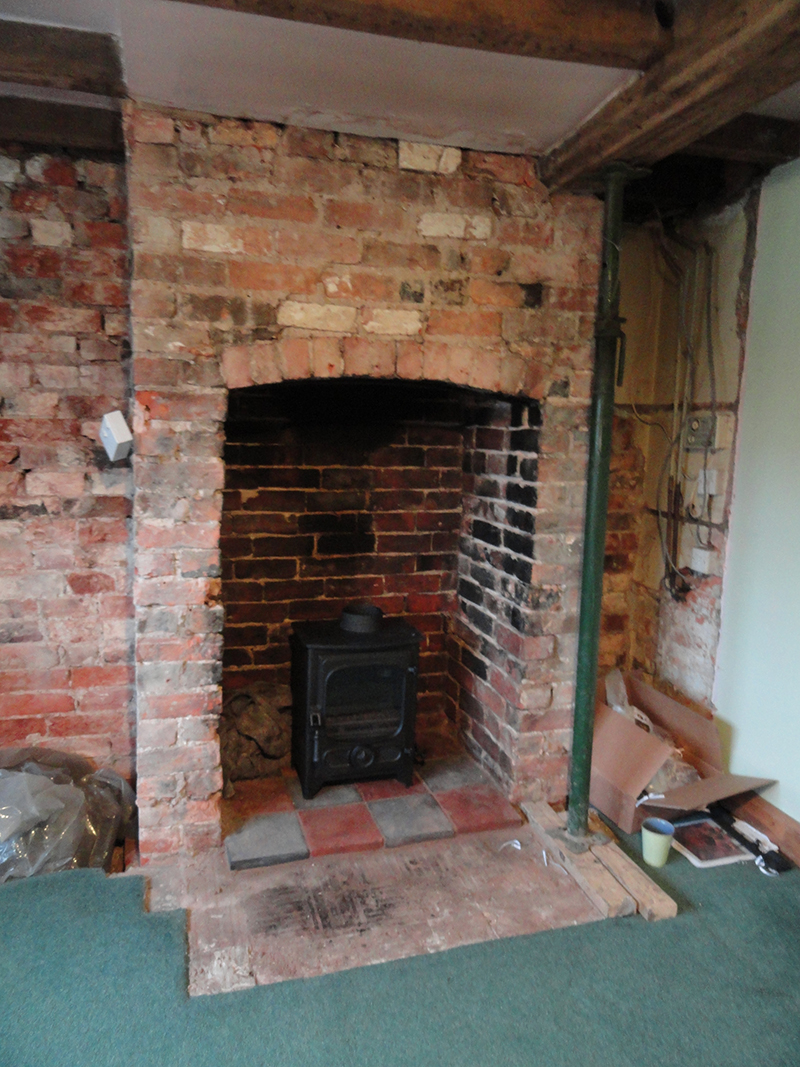 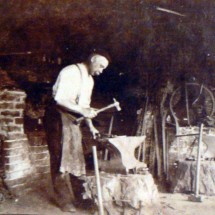 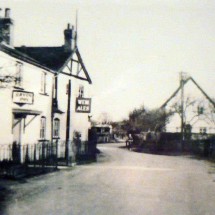 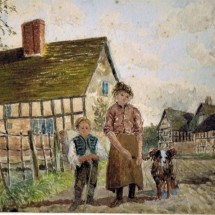 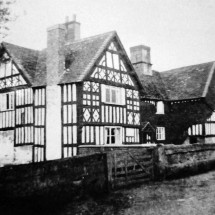 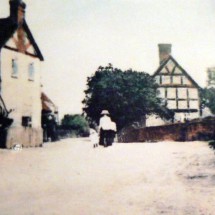 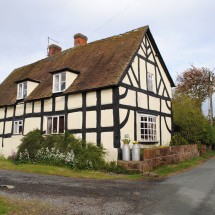 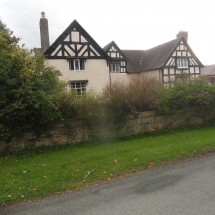 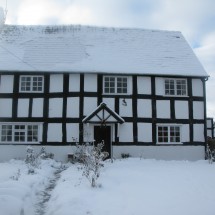 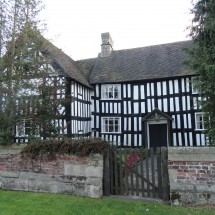 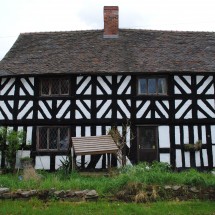