Are a wide grassy, stony or dirt terrain, always in natural background, originating from the passage and calving of the herds; these paths were used by shepherds to carry out transhumance, that is, to transfer seasonally to herds and flocks from one pasture to another. This Mediterranean version of transhumance involves the movement of herds on long paths up to 200 kilometres from the mountains of Abruzzo and Molise to the pastures of northern Apulia and Basilicata. There are 3 different types of transhumance ways: tratturo (111 mt. length), tratturello (32- 38 mt. length) and braccio ( 12- 18 mt. length). The tratturo is not only on exclusive use of transhumance, but broking the isolation of the mountain, put the small economies on net with the great economies, made it possible to transform livelihood into market activities, and to put together different cultures and different people.

The existence of transhumance routes has been witnessed indirectly since protohistory, with the presence of some Samnitian settlement in proximity of some routes used in the historical period; in the imperial roman age some inscription say about transhumance along specific ways, and the roman town of Sepino in Molise rises along one of the main shepherd’s track of Molise, with a tax desk; in the V and VI cent. AD appears in the legislatives codes the “privilegium tractoriae”, namely the use of public roads by shepherds. In the areas of southern Italy the “tratturi” were delimited by areas precisely identified up to the medieval age and at the beginning of the Bourbon Kingdom (XVIII cent), with four main ways between the Abruzzo until the Puglia and Basilicata regions: the Molise was thus in the centre. With the arrival of the railway and the asphalted road network the transfer of cattle has been more and more often done with trucks or vans and the “tratturi” have become increasingly important. Some tratturi, especially in the inner areas, have come intact to our present days. These ancients transhumance ways are an important material and immaterial heritage, because along them exist an extraordinary coexistence of environmental, natural, historical and monumental values. Tratturi are history ways and landscape marks. For these reasons, the nomination of the tratturi to be declared UNESCO World Heritage is in progress.

Between VIII and XI cent AD the medieval Europe look the work of Benedictine monasteries in rescue, conservation and dissemination of the knowledge, above all in copying classical sources (Latin and Greeks) on literature, theatre, treaties and philosophy. So, among all the monasteries being emerged into the European cultural network it is also the monastic community of San Vincenzo al Volturno.

Three Beneventan nobles, Paldo, Tato and Taso, decide to abandon their land and earthly riches in responding to God’s vocation and dedicating himself to monastic life. Decided to go to Gaul, along the road were at the Farfa monastery, where they asked for a hold wise man Thomas wher to go for found their monastery. Thomas was with them on the road of Gaul and when they returned to Farfa, he pointed to them a wild place in the valley of Volturno river where there was a small oratory dedicated to St. Vincent martyr: Thomas telling them that with their work, Good will render quiet and welcoming that place. As they came to the oratory of St. Vincent, as they rested at night, it appeared to them strange to offer their flour and wine as a sign of welcome: they interpreted this as a divine sign and founded the monastic community in San Vincenzo al Volturno.

That is the traditional history of the foundation of the monastery of San Vincenzo al Volturno, taled by the “Chronicon Volturnense”, sited in a strategically point between the longobardian dukes of Benevento and Spoleto and the byzantine enclave of Rome. Always target of political interests of the near States, San Vincenzo al Volturno being finally in the influence of the Franc’s when monastery look confirmed by Carlus Magnus land possessions and vantages in 787 AD and entering so in the phenomena of “Carolingian renaissance”. In that period the monastic community, following the “rule of San Benedetto”, enlarge and the monastery need much space and builds: until 823 AD the Benedictine complex enriches in cultual build and fresco’s, and being between of the mayor cultural centres of Europe. The richness of the monastery cause the Islamic siege in 860 AD by the emir of Bari and the sack in 881 AD by others Islamic mercenaries, and after the complex was destroyed. But between X and XI cent AD the Benedictine community come back and rebuild the complex with new church and fortifications. Due to the new dangers of the Normans, San Vincenzo al Volturno was definitively abandoned and the monastic community transfer to the other side of the Volturno river.

The monastic structure, after the abandonment, was rediscovered in 1832 and was excavated by archaeologists since 70’s of XX century. Since 2016 is candidate to become UNESCO World Heritage with others 7 monasteries in Italy, linked at the presence of Benedictines communities. 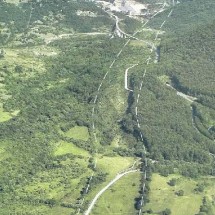 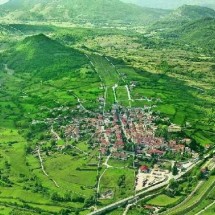 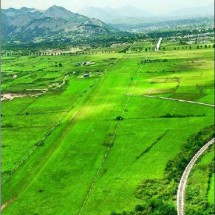 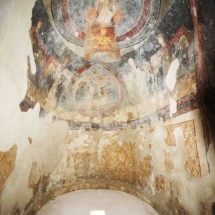 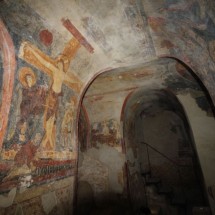 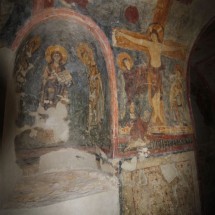 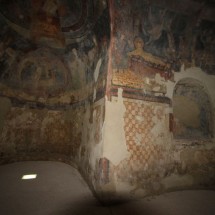 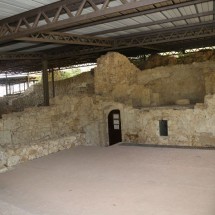 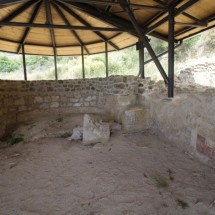 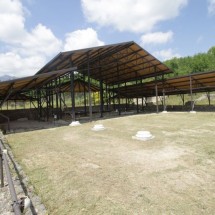 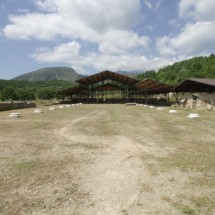