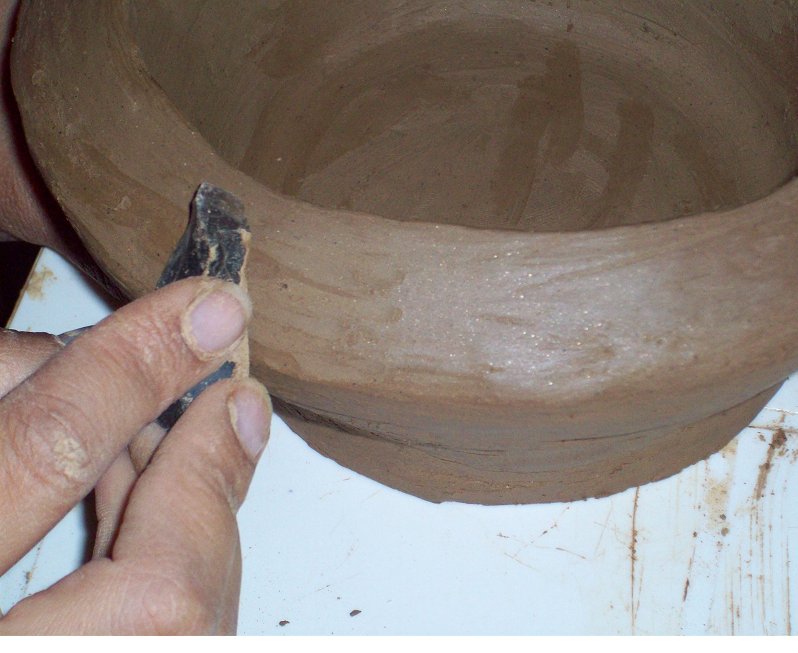 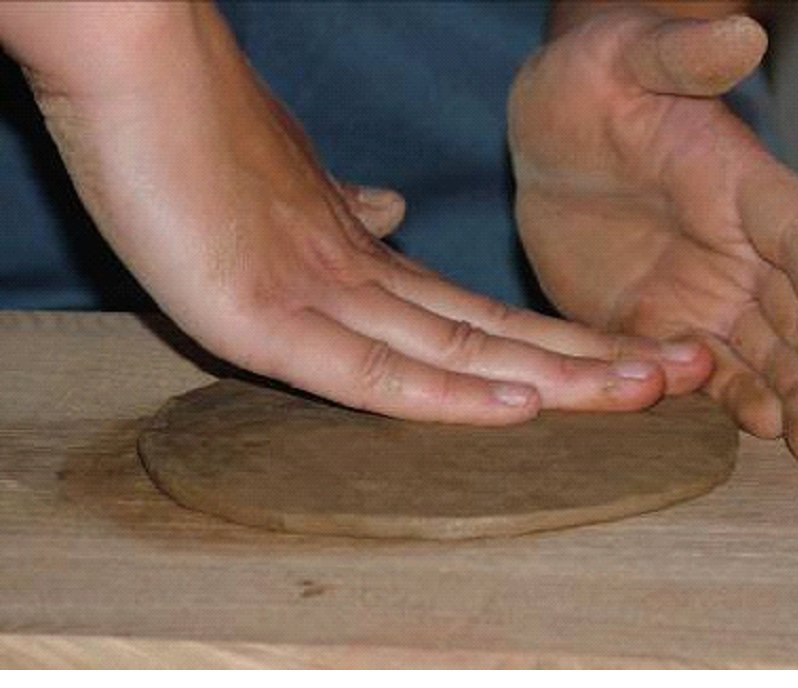 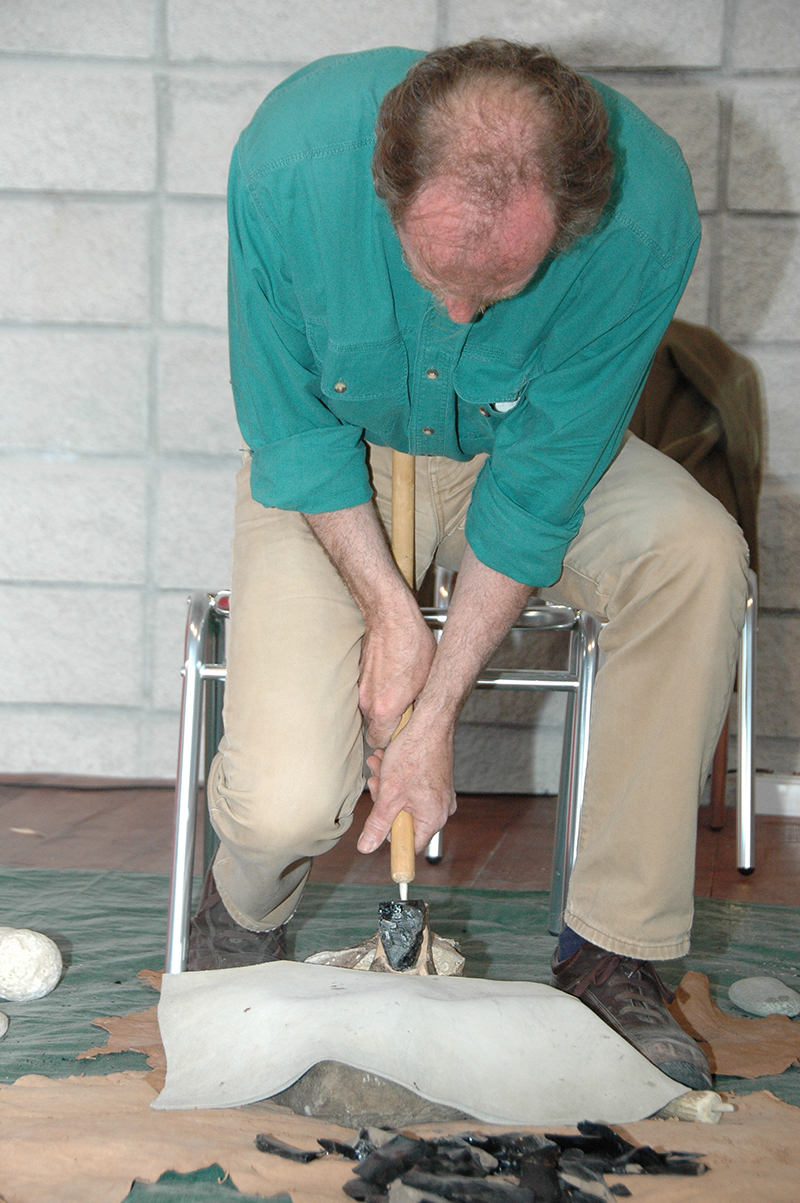 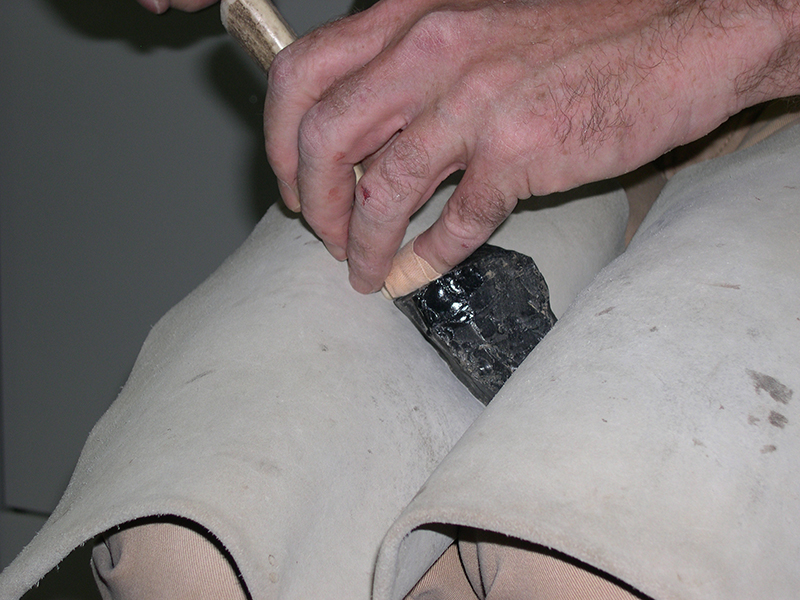 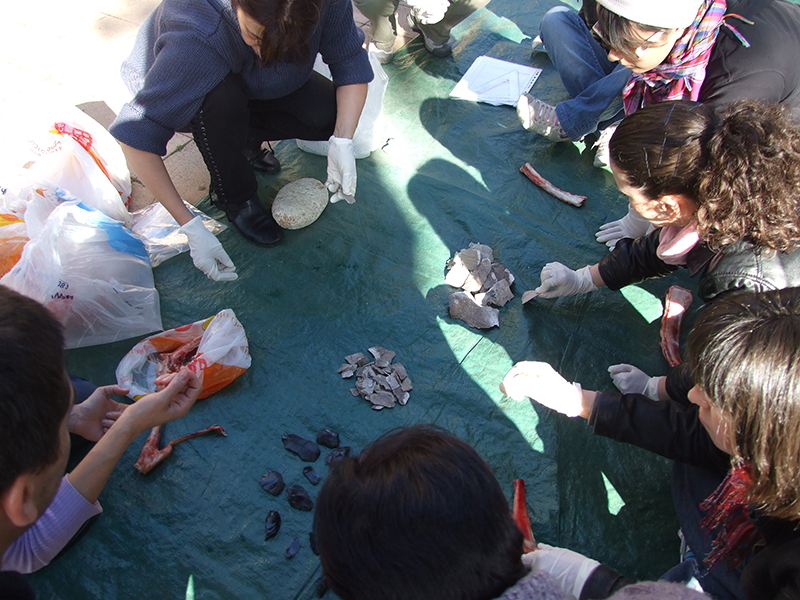 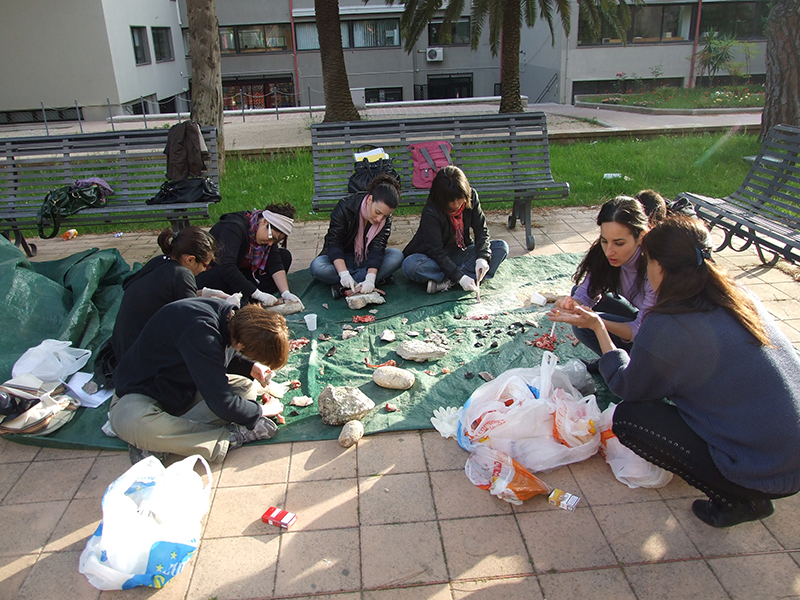 Canelles
The study of the prehistoric settlements of Sardinia has, over the years, been conditioned by the problems related to the available data, such as the geographical distribution of sites, with a large number being concentrated in central and southern Sardinia compared to a much more limited presence in the north of the island, which, on the contrary, contains a far higher concentration of hypogeum burials. Another problem is that much of the collected data comes from the non-systematic collection of surface finds. Added to this, difficulties include the often partial diffusion of data resulting from the different excavations and the lack of an interdisciplinary approach to research. Therefore, if prehistoric settlements on the one hand represent a fundamental resource for the understanding of cultural contexts, social and economical organization of human groups, their interaction with the landscape and their relations with other communities, on the other they constitute a problematic area of analysis, due in part to the often mediocre quality of the remains themselves, as well as for the frequent absence of monumental features; this especially has often made it difficult to identify ancient settlements or has led to their inadvertent destruction through modern activity.
For the Ozieri and the Sub-Ozieri, two sites stand out for having been subjected to extensive archaeological excavations, Su Coddu-Selargius and Cuccuru S’Arriu-Cabras; unfortunately the results of both investigations have been only partly published, and each was excavated using different methods and approaches.
The intervention by the University of Sassari in part of the settlement at Su Coddu, area Canelles, lotto Badas, undertaken between 2001 and 2007 as part of a programme of collaboration with the Soprintendenza Archeologica, created the opportunity for initiating an interdisciplinary research project over several years run by the University itself under the direction of Maria Grazia Melis, entitled Archeologia degli insediamenti preistorici della Sardegna (The archaeology of prehistoric settlements in Sardinia), aimed at the reconstruction of both the environment and the socio-economic character of the first Sardinian Eneolithic communities. The exceptional nature of the context and the possibility to investigate it outside of the usual rigours of rescue excavation, to which the rest of the site was unfortunately subjected, permitted the application of an innovative methodological approach for Sardinian archaeology, which required more time in the field but which also made it possible, beginning with the earliest preliminary results, to fill gaps in knowledge and to better interpret information that had been previously gathered.
METHODOLOGICAL ASPECTS AND PRELIMINARY RESULTS
In order to reach the initial objectives it was necessary to coordinate the analysis of craft production, the study of the settlement in relation to its natural environment, the chronological data, experimental archaeology and the analysis of the architectonic data. These various areas of research were not considered independent but rather interconnected, and all were indispensable in reaching the final result.

Craft production
The analysis of craft production was carried out with an original approach for Sardinia, which was aimed at more than simply the reconstruction of operative sequences of each type of production, but looked also at the interaction between each. In general, craft production of the Sub-Ozieri from Selargius shows the implementation of a technological savoir faire limited to a few categories of artefacts.

Settlement and the environment
The analyses of the geographical data made it possible to identify the village as a model of settlement that is recognisable from the Ozieri period onwards, characterised by low rolling countryside overlying an alluvial substratum, with soil suitable for agriculture and close to a watercourse and wetland.
With the intention of reconstructing paleo-ecological and paleo-economical conditions, particularly scarce in the available literature on Prenuragic archaeology, each single stratigraphic context was sampled for archaeo-botanical, zooarchaeological and chemical-physical analyses, which were then entrusted to Alessandra Celant, Marco Zedda and Paolo Mulè respectively. The preliminary results of the chemical-physical analyses have already been used for various purposes, such as the processing of the radiocarbon data, the removal of incrustations from pottery finds, and the examination of post-depositional phenomena. All the information gathered from the various sources served in the study of the exploitation of the territory, while some considerations, while only partial, were made on topographic details of a section of the settlement being studied, in particular in relation to buildings and external spaces.

Chronology
Recently the datings from the Badas area have been published (Melis et alii 2007), the only datings currently available for the Sub-Ozieri, with the sole exclusion of those relating to the problematic site at Monte d’Accoddi and those from the funerary contexts at Cannas di Sotto-Carbonia. Of particular interest was the dating from building 134, an intermediate between Ozieri and Sub-Ozieri, as were the morphological-technological characteristics of the finds themselves (Melis and Piras 2012). This holds considerable importance as it is evidence of the gradual nature of the passage from Ozieri to Sub-Ozieri. In other terms, the process of transformation and the “crisis” of the mid IV millennium BC, attested in diverse European areas, in Sardinia seems to follow a slow road, with a tendency to lose an aesthetic quality in craft production and architecture (for example, Monte d’Accoddi).

Experimental Archaeology
Experimental activity was a useful instrument for the interpretation of tool marks and use wear marks on the finds from Selargius.

Architecture
In the field of architecture, stratigraphic excavation and the analyses of morphological data have made it possible to identify the purpose or the diverse functions of substructures: living spaces with internal fireplaces, silos, ovens, rubbish pits, postholes etc. The study of the use of untreated clay has also made an important contribution, though still limited to preliminary conclusions. Already noted from reports on preceding excavations directed by Ugas, are the use of wattle, mudbricks and plaster, all well documented in the Badas area: the mudbricks, recovered from a secondary deposition, were presumably used both as a building material as well as, perhaps, the raw material for the production of pottery. The archaeometric analysis carried out by Paola Mameli on the plaster (Mameli and Melis 2008), of which some painted fragments are preserved, made it possible to categorise the pieces, which showed some similarities to the plaster from Monte d’Accoddi and seem to point to, although it is not clear if it was intentional, the probable use of some cut features as ovens.

The reconstruction of environmental and socio-economic conditions
The scarcity of paleo-ecological data that Sardinia suffers from constitutes a barrier to the reconstruction of the relationship between man and his environment and to the identification of factors that may have conditioned socio-economic organisation. The earliest results of the research have contributed by better defining such fields as chronology and architecture. In particular the transformation of craft production represents an important area for deeper research, that has so far not been fully clarified: on the one hand the gradual evolution from the Ozieri to the Sub-Ozieri has been underlined through confirmation by the radiometric data; on the other it was also clear that there was a change in the organisation of craft production with respect to the Ozieri Neolithic, caused by the necessity to reduce production times. Among the factors which could have influenced this necessity we can propose the hypothetical effects of the earliest experiences in the field of metallurgy and perhaps a greater development of agriculture, which seems to be indicated by the presence of silos and pottery for the storage of foodstuffs etc. (Melis 2009). This also seems to be confirmed by technological innovations in agriculture which usually accompany development during the Eneolithic, and further still, by the results, though still somewhat limited, of the isotope analysis of the carbon and nitrogen remains of skeletons in Sardinia, which would indicate a more vegetable rich diet during the Eneolithic compared to the Neolithic, in line with the results of the zooarchaeological analyses of the Badas area. 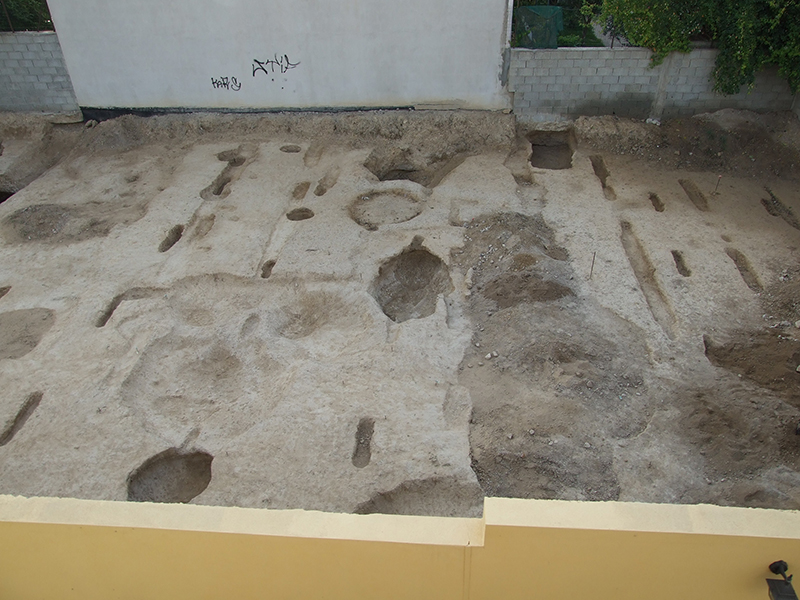 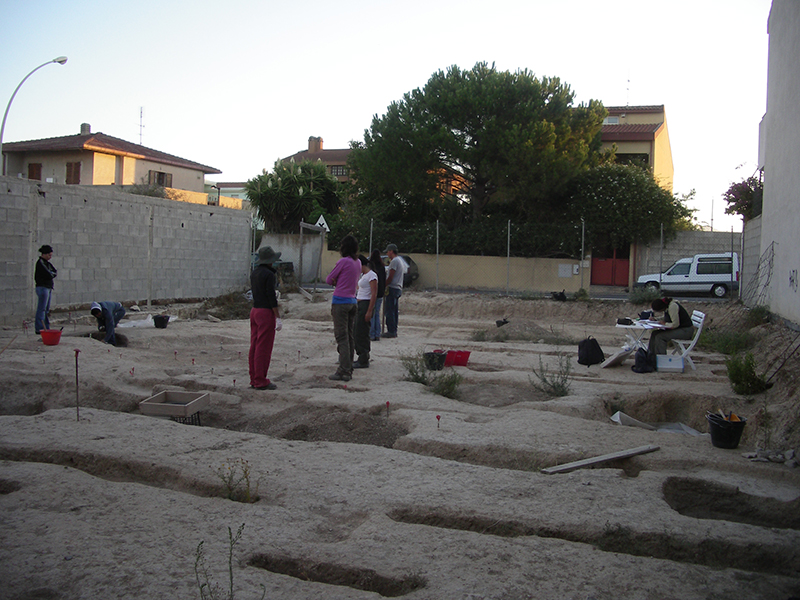 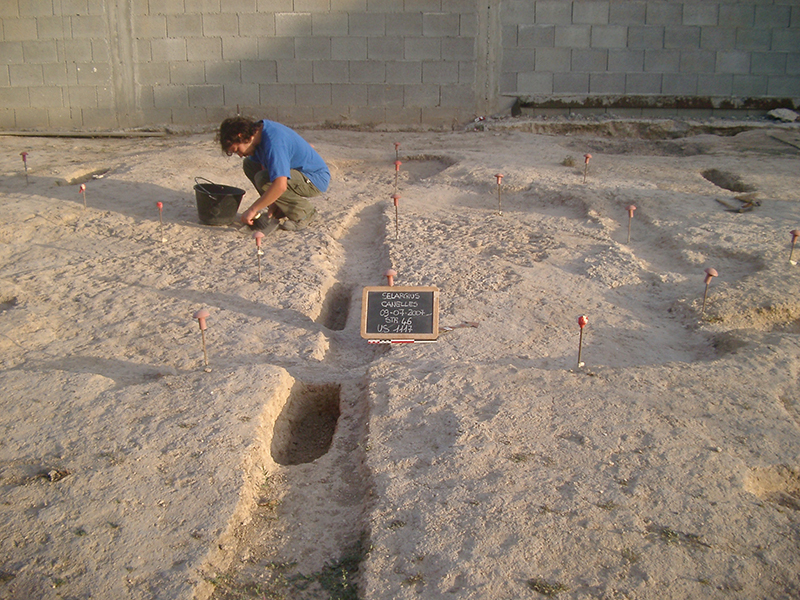 S’ELIGHE ENTOSU
The Project was undertaken in 2006 as a collaboration between the University of Sassari and the Usini Town Council, with the intention of promoting and developing local historical and cultural heritage through the financing of a multi-year research project under the direction of Maria Grazia Melis. An interdisciplinary team was appointed for the task, in partnership with a group of specialists from the UMR 6636 Lampea di Aix en Provence, directed by André D’Anna. The objective of the research was a reconstruction of the environment and socio-economic conditions of the human groups that populated the area surrounding the domus de janas necropolis of S’Elighe Entosu in prehistory. Knowledge of the territory was in fact fundamental to the appropriate development of the local cultural heritage. The attention of the researchers was therefore extended to a much larger area and on a wider scale, beyond the confines of the local council. The principal tools of research were the archaeological excavation of the necropolis and systematic field walking of the region. The excavation, yet to be completed, has however made it possible to partially reconstruct the various phases of frequentation and use of the prehistoric necropolis. Furthermore, it brought to light the existence of a later Roman phase in the same necropolis. The study of monumental remains in the field, undertaken through multidisciplinary research directed by Andrè d’Anna, brought together various interlinking themes,: the identification of available natural resources (accessible flint deposits, geological formations, sedimentary dynamics and natural environment), field walking over large areas, which significantly updated maps of known archaeological deposits, the technological study of various materials and the analysis of the provenience of raw materials for stone industry. These activities made it possible to better understand how the territory was occupied following the guidelines provided by regional archaeology and human geography. A census of archaeological sites was updated and presented in 2010 to meet the needs of local and regional planning legislation.

The analysis of craft production, undertaken with an integrated morphological and technological approach, helped to define the chronological-cultural sequences of the use of the necropolis, throughout the Ozieri, Sub-Ozieri, Bell-Beaker, Middle Bronze Age 1 and 2, Late and Final Bronze Ages, Iron Age, Punic and Roman phases. Concerning the technological characteristics of pottery, a macroscopic examination carried out on diagnostic material of the various cultural phases made it possible to identify a variety of techniques, procedures and instruments involved in the different phases of shaping, finishing and decoration. The study of stone tools, while incomplete, has demonstrated the systems of procurement and the general management of resources, both for the choice of material and type of product required, the existence of which once again proposes the problems related to the significance of their presence in burial contexts both from a symbolical and technological point of view. The analysis of objects in hard animal material was conducted on several ornamental objects made of seashell, attributable to the Bell-Beaker period. As well as throwing light on the origin of some marks caused through wear, the production processes of pendants, beads and simple pierced valves were also reproduced.

With the addition of geographical and architectonical data, together with results from chemical-physical, archaeo-botanical, zooarchaeological, and paleo-anthropological analyses as well as experimental archaeology, the research represents an innovative methodological approach for Sardinia. 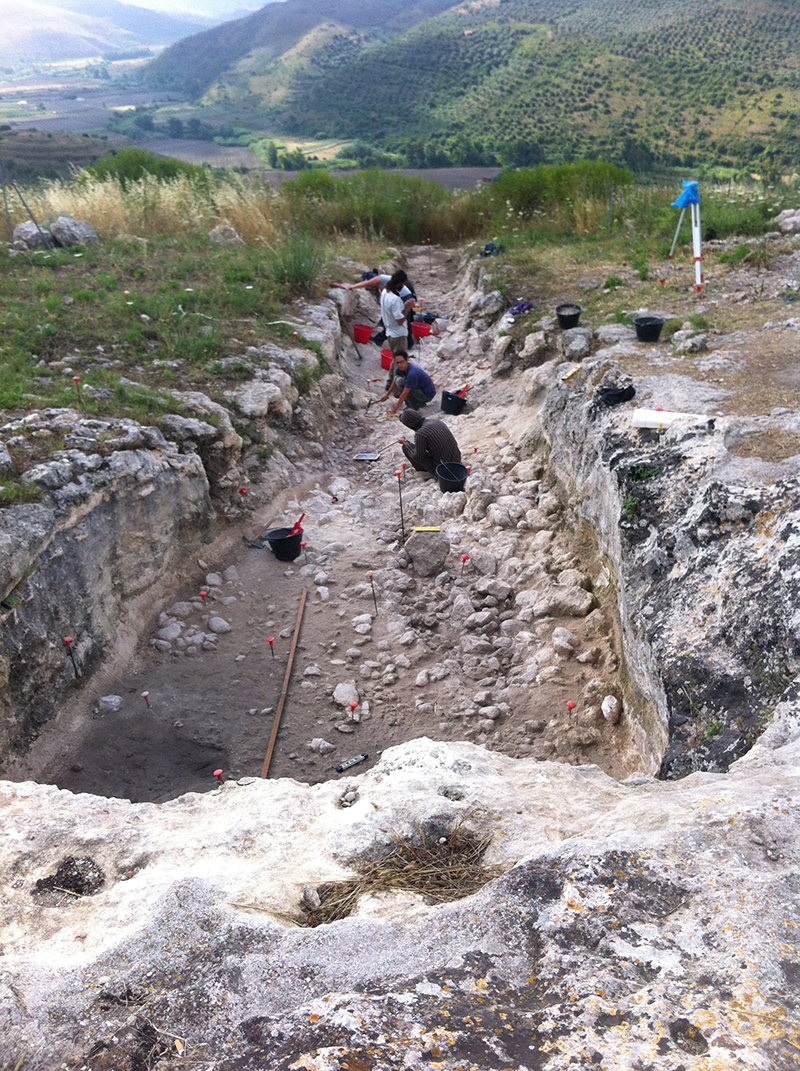 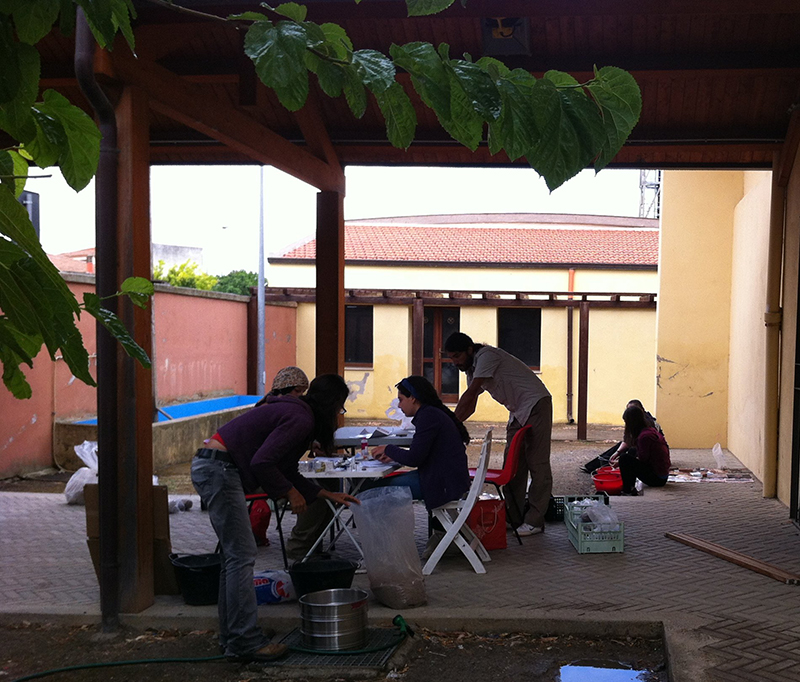