A part of the site, the temple well, was digitally documented, by the means of the laser scanner. The laser scanner used to generate the 3D model of the area was the 25 Surphaser HSX. In order to cover the temple well 43 scans were acquired. Special targets were placed on the temple. The points/targets were used to align all the data from the laser scanner in order to obtain a complete geo-referenced 3D model.
A survey network was created on site in order to achieve the interrelations of the measurements by means of the Total Station. The total station that was used was the Leica Viva TS11. By means of Total Station the Area B (fig. 8 ) of the site and the targets of the Laser Scanner were measured.

Additionally to the Terrestrial Laser Scanner another technique implemented in Santa Cristina Sanctuary for creating the 3D model of the meeting huts of area B was the method of Structure from Motion (SfM), where 3D models were created from 2D photographic images. The equipment used on the site was a Canon EOS 600D with a 20mm lens. 205 images were taken by moving around the structure, in order to cover the entire complex.

Based on the documentation an architectural and constructive analysis was done. Beyond that, another aim of the project was a better understanding of the first shape of the building in order to have a virtual reconstruction. The approach pays particular attention to structural stability and how it was used to inform the virtual reconstruction. The method also addresses the validation and documentation of the process, with particular attention to the concepts of transparency, reliability and importance of the elements that are part of the reconstruction.

The 3D Model of the temple well: outcome of the alignment of the 43 scans 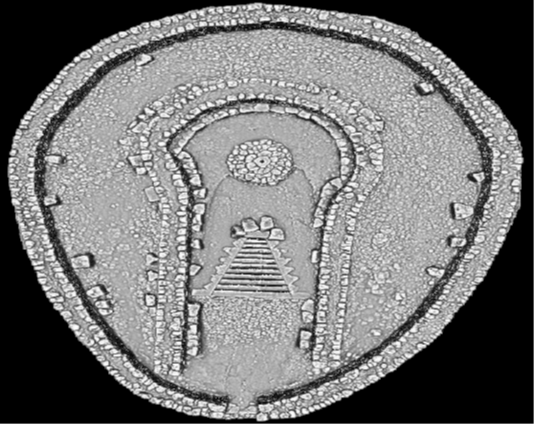 Exit of the large Meeting hut. This image was used for the creation of the 3D Model. 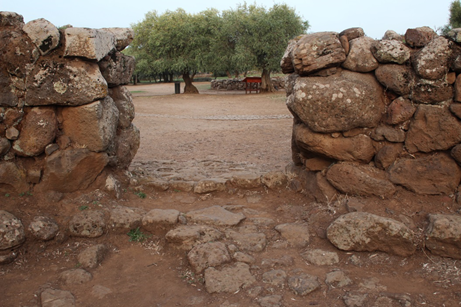 Large Meeting hut, the bench seat is aligned along the internal wall of the structure. This image was used for the creation of the 3D Model. 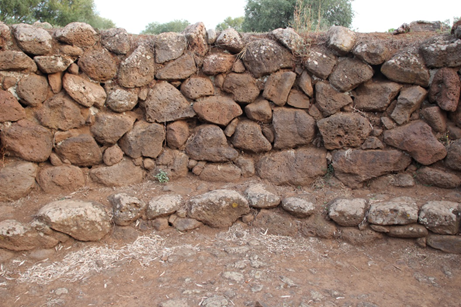 Drawing from points measured by the Total Station.

The 3D model of the Meeting Huts of the Area B: outcome of Structure from Motion application.

The 3D model of the Meeting Huts of the Area B: outcome of Structure from Motion application.