Kallatis, a Dorian colony positioned on important Greek trade routes (1), although historically documented for a long time (2) was not systematically excavated (3), which means that today we are lacking a clear and complete image of the city, a situation which requires the use of analogies in order to understand it. The settlement’s spatial model underwent multiple transformations (4) over time, the most obvious one being the shrinkage of the fortified inner space up to the acropolis area, an event which took place sometimes during the Roman-Byzantine period.
All the archaeological data collected (5) infer that the urban area in the Hellenistic period was extended on a surface over 100 hectars.

One can observe an organisatinon of the urban space (the sacred, commercial and military zones) analogous to other Hellenistic centers (6);
The one level houses (7) with basements were positioned under the shape of insulae, the orientation of the walls excavated indicating an urban organization in clusters (8) of houses oriented NE-SW. 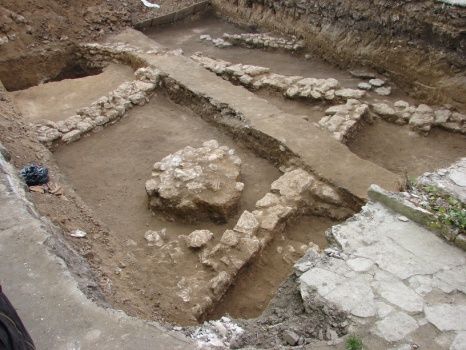 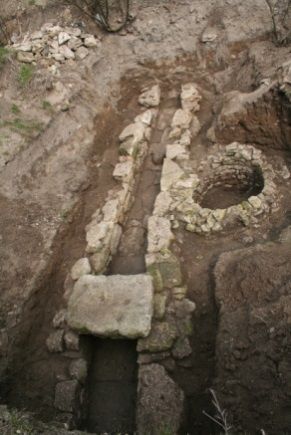 The peripheral zone (the Western part) of the city seems not to have been inhabited.
The urban space was delimited by religious dwellings (altars and temples).

The fortified wall reuses blocks from the foundation of the previous wall (9);
A new system of defence is built, consisting of an earthen wall and trench and a second wall positioned on a higher level, which rendered it easier to defend (10).

The residences are positioned on the same NE-SW direction of the Greek clustering;
There is a continuation of religious activities in the sacred areas previously described;
The funerary zones were delimited by the axes of communication;
New public buildings (such as cisterns or thermes), specific to the Roman civilisation, emerge;
Massive destructions in the urban area, produced by the Goths, are attested;
An extension towards the South of the fortified urban area is attested by the demolishing of a thermal building (11).

To reconstruct a Hellenistic dwelling in Kallatis the Time Maps team was provided general information on this subject (12) as well as a series of details noted during rescue excavations performed in the Hellenistic area. For the inner courtyard we used the information from the excavations by C. Iconimu (13) on Stefan cel Mare Str., where a pavement with mosaic, a storage jar, and a pluvial cistern were discovered. 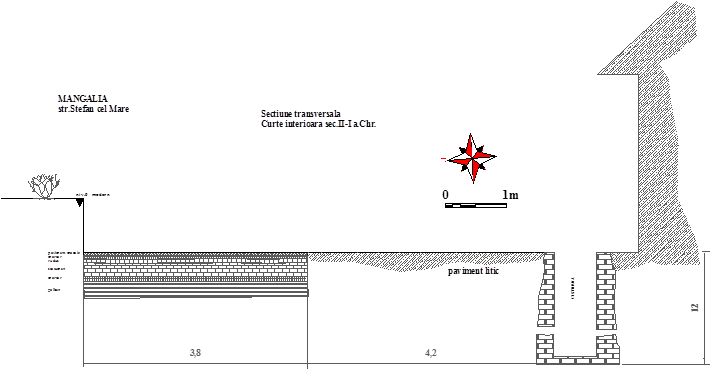 The reconstructed building has a 400 square meters plan with two feet thick walls, the interior compartmentation being constructed with stone blocks of 45 cm or wattle and daub walls, while the architectural features such as columns, lintels, or roof decorations were scanned from the Callatis Museum artefacts.

The Time Maps team’s 3D reconstruction of the Hellenistic house in Augmented Reality used human characters to give scale to the building and to animate the architectural space. The costumes, hair dressing and gestures were copied after statues and Tanagra figurines discovered in Kallatis.
Actresses dressed in ancient Greek costumes were scanned and positioned in the virtual reconstruction of the house, to augment the realism of the images created. 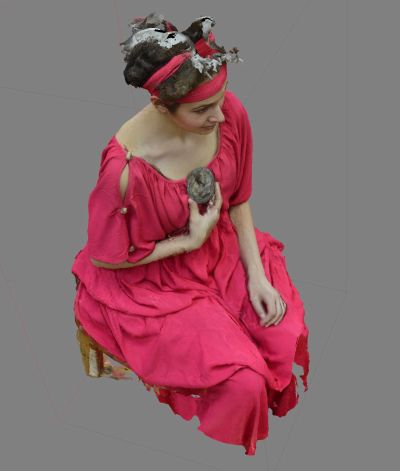 A series of re-enactments carried out by the Time Maps team in collaboration with professors and students from the University of Theatre UNATC in Bucharest, intended to reproduce the human gestures in relationship with the current and prestige objects, and recreate the daily atmosphere of the Hellenistic household. 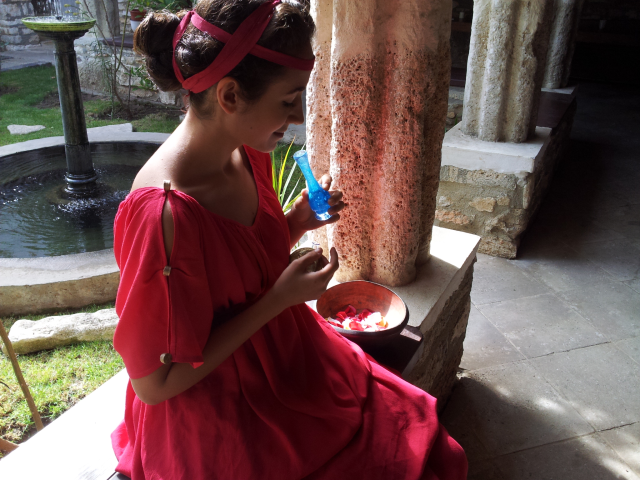 The production process of the Tanagra figurines in moulds was reproduced with a high degree of accuracy, as well as the making of a series of ceramic objects in an up-draught kiln built for this purpose. 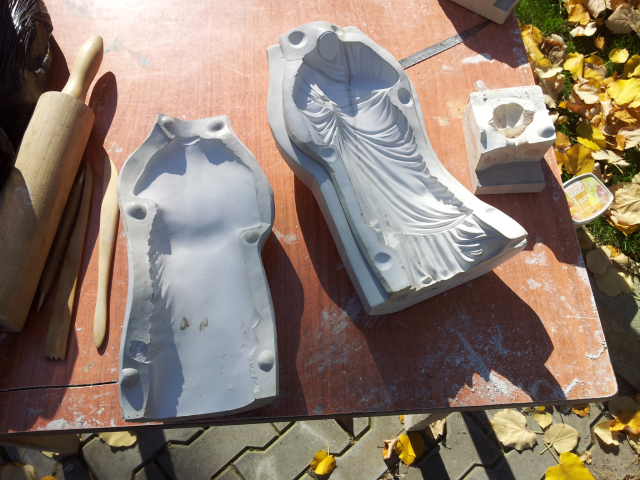 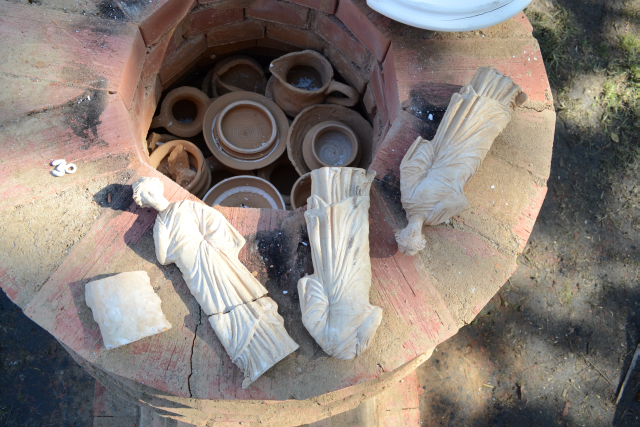 Other experiments reproduced glass objects and metal jewellery from the Late Hellenistic-Roman period. 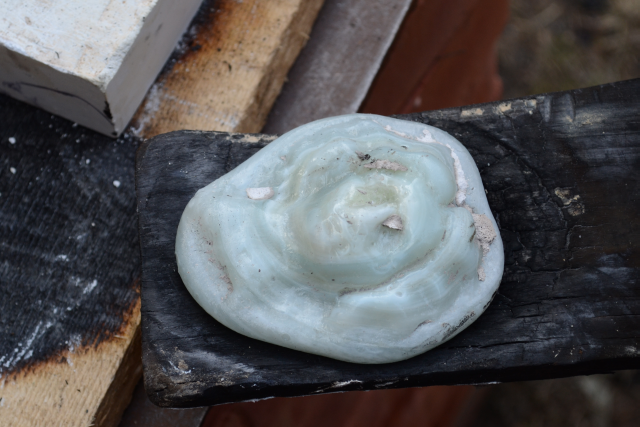 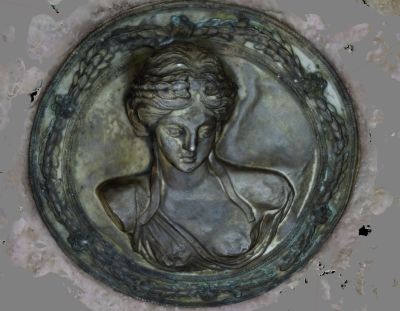 All the workshops organised at the Callatis Museum or at a local school tried to sensitize the young people to the technologies specific of ancient Kallatis.